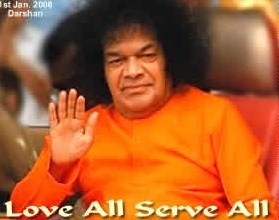 Sathya Sai Baba (d. 2011)
A sectarian apologist, calling himself Equalizer, created a defamatory blog against me at blogspot.com. The real name of that offender is Gerald Joe Moreno (d.2010). An American living in New Mexico, he gained the reputation of being a cyberstalker and libeller. Lawyers in three different countries passed a negative verdict on his output.
Moreno, alias Equalizer, launched the notorious website called saisathyasai.com. This featured many attacks against critics of his guru Sathya Sai Baba (died 2011). Most of these critics were ex-devotees of the guru, disillusioned people who complained about strongly alleged misdemeanours that are now well known. Moreno treated the significant testimonies of sexual abuse as crimes of dishonesty. He resorted to a scenario of Pro-Sai versus Anti-Sai, the latter being depicted as aberrant in his denunciations.
In 2008-9, Moreno undertook a separate blog cycle against me at blogspot.com. He duplicated numerous hostile items appearing on his website. This was after I had protested more than once against the misrepresentations he furthered. He claimed to “expose” me in his hate campaign. Very aggressively, he called his blogspot cycle Kevin Shepherd Exposed. There were 27 entries.
The contents of that hostility are not reasoned critiques but attack blogs composed in an excessive style of invective. The Moreno (Equalizer) attacks include misconceptions, distortions, and libels. Despite my continued repudiation of his attacks and my protests at defamation, Moreno did not delete his aggressive blogspot cycle, evidently hoping to maintain his deceptions.
On this site, I will counter a number of his distortions and defamations. This is a supplement to my existing web protests, e.g., Internet Terrorist.
The Moreno attacks on myself featured an excess of vehement denunciations, accompanied by such stigmas as “Anti-Sai Extremist.” In fact, I did not mount any web campaign against the guru, and was not an ex-devotee. Instead, I complained about the Wikipedia tactic of Moreno (User SSS108), who proscribed all my books on the basis of ex-devotee reports found in the appendices of only one book. Observers noted the extremist action of Moreno in bracketing me with ex-devotee activists.
This issue has various dimensions of interest to analysts of contemporary religious movements. When affiliates of such movements are seen to adopt extremist attitudes and manifestations, then I agree with those analysts who apply the term “cult” to deviations from due conduct.
Kevin R. D. Shepherd
ENTRY no. 1
Copyright © 2013 Kevin R. D. Shepherd. All Rights Reserved.