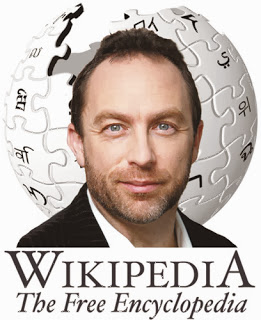 At the end of 2009, Gerald Joe Moreno (Equalizer) became a virtual participant in Wikipedia events resulting in deletion of the Kevin RD Shepherd article. According to Wikipedia editor Simon Kidd, Moreno was paying very close attention to that deletion, being influential amongst the deletionists. As Kidd was the only real name editor involved in that situation, his testimony has to be taken seriously.
Moreno certainly did devote prime blogger attention to the Wikipedia deletion, in his capacity as a cyberstalker and apologist for  Sathya Sai Baba (d.2011). He produced an extremely distorted and unreliable version of that deletionist event, which he entitled “Wikipedia Slaps Kevin R. D. Shepherd on the Face.” More to the point, the slap involved a convergence (or coalition) of cult sympathisers, one of whom went to the extreme of making links to Moreno blogs on the deletion page. That belligerent entity was Dazedbythebell (Christopher Ott), an American devotee of Meher Baba, and the leader of a devotee circle active on Wikipedia.
Ott wrongly insinuated that I was the Wikipedia editor Alex Jamieson, who produced the article about myself. Ott also cited a lengthy passage from Moreno polemic as proof that I was unreliable. This passage included Moreno’s lightweight email interchange with an obscure Mrs. Barringer at the University of Sheffield. She had not heard of my books, therefore they could be dismissed by Moreno (Amazon and other big-time purveyors did not figure in such weighted calculations).
A serious anomaly was observed by critics of these events. Moreno had been banned indefinitely from Wikipedia in 2007, on the charge of activist editing. Now his blog defamations were championed by another religious movement active in America, centred at Myrtle Beach. Worse still perhaps, closely informed observers concluded that Moreno personally conducted a web mission, in the guise of a new editor, to sabotage a Wikipedia link to my article on the Sai Baba movement.
The reason for this special mission was the critical inclusion of Moreno in the final section of that online article. The extremely aggressive new editor (WikiUserTalk) was successful in his objective of eliminating the electronic link. He also tried to impede editor Simon Kidd (another target of Moreno), but proved unsuccessful in that direction. Nevertheless, close observers were appalled at the fact that it was so easy for the interloper to be even partially successful. The attack mission was facilitated by extensive pseudonymous activity on Wikipedia, serving to mask sectarian schemes and to assist sectarian personnel in their undeclared campaigns.
Two years later,  a concession was made in my direction. Coming to terms with the nature of events was not easy for the Wikipedia management. However, Jimmy Wales made some private admissions about the very unpredictable nature of the editorship. In 2012 he personally deleted the SSS108 User page of 2006, a creation of Gerald Joe Moreno which had proved influential. That page was entitled User:SSS108/Kevin Shepherd.
The SSS108 (Moreno) User page of 2006 included a collaboration with Jossi Fresco, the “cult” promoter who gained notoriety even within the relatively indulgent ranks of Wikipedia editors and administrators. Here was the origin of the myth about “New Media Books Ltd,” a publisher who did not actually exist but of whom I was supposedly the incarnation. Here also was the story of redoubtable Mrs. Barringer, a putative book expert who was unable to decode the globally relevant listings of such book trade giants as Amazon and Nielsen Bookdata.
Above all, that 2006 User page featured the drama of Gerald Joe Moreno versus Andries (Kruger Dagneaux), two Wikipedia editors in collision over Sathya Sai Baba. This scenario involved the Moreno snub of an editorial quote concerning the infamous bedroom murders at Puttaparthi ashram, now one of the most notorious sectarian occurrences of the 1990s (exbaba.com, Murders tab). This event was too controversial to be acknowledged by supporters of Sathya Sai Baba. So the murders were erased from Wikipedia (by Moreno and Jossi Fresco), along with all my books. One of my appendices reported that this dire event occurred. The stigmatised  book was Investigating the Sai Baba Movement (2005).
Many events were being concealed by the “Wikipedia slap.” For instance, in 2006, John Purnell posted his testimony of sexual abuse to Moreno at saisathyasai.com. This Jesuit novice informed:

I was a devotee [of Sathya Sai] for 7 years, and had many private interviews with Sai Baba…. in the last couple he tried to masturbate me vigorously with oil, then please explain as to why he showed me clearly his erect penis and why the hell did he try to shove it into my mouth complaining that I no longer love him? Not to mention forcing me onto the ground of the private interview room and telling me he is God and that all is OK. Trying to shove his erection into my anus. Of course I was shattered after all this even to the point of suicide…. Look deep beyond the show exterior and all you see is rotten to the core. (John Purnell sexually abused by Sathya Sai Baba,  also at exbaba.com, Witnesses tab)

Moreno replied to this disclosure with a harangue about lies and allegations. The apologist thus dismissed the information. Purnell had feared for his life, by no means the only person to suffer in the hell of abuse at Puttaparthi.
Ex-devotees strongly warned against anyone starting a correspondence with Moreno.  One informant relays: “His plan is to obtain as much material from his ‘victim’ as possible so that it can be twisted and contrived to make the person seem to be an outright liar about almost everything they write. This he has done constantly for years” (last item linked).
Kevin R. D. Shepherd
April 2014 (modified 2021)
ENTRY no. 25
Copyright © 2021 Kevin R. D. Shepherd. All Rights Reserved.