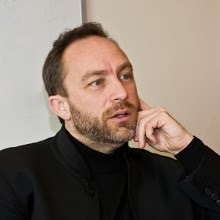 Jimmy Wales (Jimbo)
Censorship on Wikipedia is a varied phenomenon, including the problem of manipulated articles in which suspect editors gain ascendancy.
The Church of Scientology become widely known for interfering with Wikipedia articles. According to Wikimedia UK, Scientology was the first organisation to be officially banned from Wikipedia, an event dating to 2009. A prolonged arbitration case confirmed that partisan editors had been removing and adding information in Wikipedia articles related to Scientology. The Church of Scientology was accordingly banned from editing, having violated the NPOV (neutral point of view) guideline of Wikipedia.
There are other manifestations of zealous partisan editing on Wikipedia that are less less widely known. Such problems arise from the “anyone can edit” situation in which pseudonyms are a common resort. Critics say that there are many “cult” partisans on Wikipedia who influence articles in the religious category.
Gerald Joe Moreno, alias Equalizer, commenced his attack on myself from Wikipedia in 2006.  An editor of the article on Sathya Sai Baba,  he was strident in the delivery of his opinions. One of his ex-devotee opponents, namely Robert Priddy, had been cited favourably in a book of mine entitled Investigating the Sai Baba Movement (2005). To Moreno, this meant that my book must be eliminated from reference on Wikipedia, especially when this book was listed in the (Wikipedia) article on Priddy.
Moreno, here using the editorial pseudonym of SSS108,  produced a Wikipedia User page stigmatising my books. He had not read those books, being solely concerned with his attempt to suppress the Wikipedia article on his opponent Robert Priddy. Moreno  resorted to the pretext of my self-publishing as legitimation for his hostility, although the general context was clearly an argument in favour of Sathya Sai Baba, an argument strongly resisting criticism of the guru. 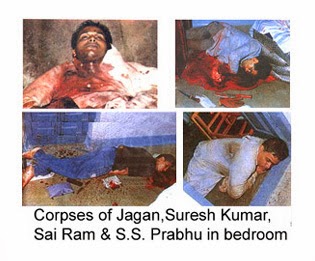 The Moreno (SSS108) User page revolved around a Wikipedia quotation featuring Priddy and the notorious bedroom murders  occurring at the ashram of Sathya Sai Baba (see exbaba.com, Murders tab).  The bloodstained event was commemorated by grim images of the corpses. The editorial quote in dispute read:

According to Kevin Shepherd the former national leader of the Sathya Sai movement in Norway, Robert Priddy, expressed the opinion that SSB [Sathya Sai Baba] was an accomplice to the 1993 murders, among others based on information given to him by his friend V. K. Narasimhan.

The editorial quote was dismissed. The same User page featured the collaborating “cult” sympathiser Jossi Fresco, whose profile on Wikipedia became controversial. The following year, in 2007, Gerald Joe Moreno (SSS108) was banned indefinitely from Wikipedia  for activist editing. Fresco eventually encountered problems which led to his withdrawal from Wikipedia.
The same SSS108 (Moreno) User page was deleted from Wikipedia several years later (in 2012) by the Wikipedia manager Jimmy Wales, who made private comments. Meanwhile, that User page had been influential on Google and on Wikipedia. The issue is one of Wikipedia troll activity adversely influencing internet audiences.
Kevin R. D. Shepherd
ENTRY no. 4
Copyright © 2013 Kevin R. D. Shepherd. All Rights Reserved.