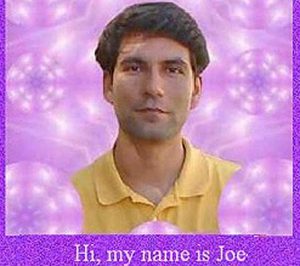 Gerald Joe Moreno was constantly trying to ridicule all critics of himself and his guru Sathya Sai Baba (d.2011). The number of Sathya Sai critics escalated from the year 2000 onwards. 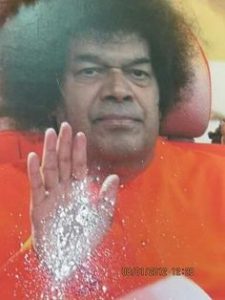 The many allegations of abuse made against Sathya Sai caused Moreno (alias Equalizer) to become increasingly extremist in his web attacks. He gained the reputation of a cyberstalker and an internet terrorist.

A further blog trespass of Gerald Joe Moreno (Equalizer) misrepresents the final chapter in my book Pointed Observations (2005). In December 2009, his tactic of defamation again emphasised that Kevin R. D. Shepherd was not an academic. Neither Moreno nor myself had academic roles. He attacked both academics and non-academics. Moreno was not an author but a blogger. His abusive approach referred to my “disappointing personal data.”

The Pro-Sai campaigner described me as “a self-serving and duplicitous critic” in stating that I am not an academic. He alleged that I criticised other people because of their lack of credentials. This acute misinterpretation requires correction here.

Written in a different style to the rest of the book, the final chapter of Pointed Observations (pp. 343ff) was entitled Citizen Initiative. This freestyle chapter addressed certain public issues in a direct manner. The problems in contention included the drugs lobby, GM technology, and “new age” alternativism in popular publishing.

The strategy in some New Age books is to have a Ph.D eulogy slyly placed on the paperback cover, intended as a proof to consumers that the contents are thoroughly and legitimately consumable. (Pointed Observations, p. 349)

Some of the endorsements were considered very misleading. Serious accidents have occurred in consumer sectors.

In my hardback book, dispensing with the customary promotionalism so often found in the “alternative” vogues, I expressed my own standing in deliberately low profile terms, to prove that I was not claiming high honours. The unadorned author data was stated in the text, as a demeaning cameo in contrast to the exalted credentials of academic drug advocates like Stanislav Grof, occultists like Paul Brunton (who controversially claimed a misleading doctoral insignia), and diverse “workshop” entrepreneurs like William Bloom:

People often do look at the author data to be convinced of a scintillating career with due status honours. Do not buy this book, therefore, as you will be disappointed on that account. The author data can be given here instead of being placed enticingly on the opening page or back cover. In an attempt to beat the obituary, here it is: Born a Brit in 1950. Left school at the age of fifteen. Lived in the town ghetto at Cambridge. Entered Cambridge University Library in 1981 as an unpaid and entirely unofficial researcher. Became an upholder of citizen initiative. Has written a number of minor books, none of them official, and only some of them having achieved publication (the missing books have never been seen by any publisher). Is getting old now, but still alive in 2003. (Pointed Observations, p. 351)

It was agreed elsewhere, in responsible circles, that I had not claimed any status or notability, unlike some or many of the ideological rivals. Yet Gerald Joe Moreno (Equalizer) chose to present this statement entirely out of context, and furthermore acutely misrepresented me in terms of:

Shepherd castigated numerous people because of their lack of academic credentials (a well known tactic of his against various proponents of the Findhorn Foundation). Kevin R. D. Shepherd even said he would dismiss the PhD or M.D. status of anyone who holds New Age beliefs and boasted ‘The credential of M.D. can signify Mind Damage’. Kevin Shepherd even criticised the research and associations of MIT, Harvard, Oxford and Cambridge Universities. (Equalizer blog accessed 29/12/2009)

This bizarre version of the book under discussion tends very much to confirm widespread conclusions that sectarian commentaries are extremely unreliable. Moreno here again confirmed his pronounced out-of-context reporting.

My book does not contain any castigation of academic credentials or the lack of these. There is instead a critical reference to the habit of some new age publishers to promote controversial books with the academic credentials of enthusiastic reviewers on the cover (a factor resented by traditional academe, with whom I am in agreement). I have not criticised the Findhorn Foundation for lacking academic credentials, but for other matters, including an absence of medical credentials in those personnel opting to promote an officially hazardous alternative therapy (hyperventilation) opposed by Edinburgh University. 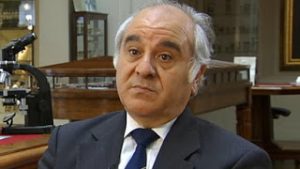 The Moreno duplicity above-cited fails to mention earlier chapters in the same book, where I mention that the Holotropic Breathwork team of the Findhorn Foundation promoted the controversial therapy without any medical credentials (Pointed Observations, pp. 175, 196), and in defiance of the official negative recommendation from the Scottish Charities Office, who commissioned a report from Edinburgh University in 1993. I became noted for supporting the views of Regius Professor Anthony Busuttil, a forensic pathologist (Edinburgh University Pathology Department), both in print (Pointed Observations, pp. 198-99, 387-88) and on the internet (my Citizen Initiative website, 2007, relaying epistolary material, including letters to Office of the Scottish Charity Regulator).

Moreno typically ignored the relevant web complaint in my Postscript: Further Proof of Internet Terrorism (Oct. 2009), where the matter of his misrepresentation was specified. His acutely misleading mode of attack was not justified by his saisathyasai  role as a “guru defender.”

As is well known, my criticisms of the Findhorn Foundation do not relate to a lack of academic credentials, but instead to the acute suppression of dissidents, to promotion of the officially disapproved Grof exercise known as Holotropic Breathwork, and to the juxtaposition of UN ecology with commercial “workshops” in pop-mysticism and alternative therapy. See, e.g., Myth and Reality (2007),  Kate Thomas and the Findhorn Foundation (2009), Commercial Mysticism (2008), and Complaint to David Lorimer.

Harvard are fleetingly mentioned in earlier chapters of the same book Pointed Observations (see the index) in relation to the controversial episodes of Timothy Leary and Ira Einhorn, whom many academics lament for being Harvard affiliates. Einhorn was a murderer who tried to hide behind his Harvard facade. “He was also a lecturer at Harvard, and this academic veneer of propriety likewise served to shield him” (Pointed Observations, p. 127).

As for MIT and the two British universities, the relevant citation is:

Even Cambridge and Oxford are rumoured to be under pressure from big business to modernise and to make a much stronger commitment to technology. The Massachusetts Institute of Technology is well funded, but conceivably lacks the perfect philosophy to face the ecological problems so strenuously denied and camouflaged in some areas. (Pointed Observations, p. 350)

On an earlier page, I praised MIT for having “contributed to an open-ended project that was prematurely dismissed” (ibid:324), meaning the Club of Rome manifesto.

The brief reference to mind damage, in association with the M.D. credential, is found in an earlier chapter relating to the very controversial activities of Dr. Rick Strassman (an M.D. and psychiatrist at the University of New Mexico). Strassman “injected DMT more than 400 times into sixty volunteers” (ibid:158). Some of the victims were in a state of terror. Nearly half of them experienced strong hallucinations of the severe type for which the powerful drug DMT is notorious. Many orthodox medics and psychiatrists, in different countries, felt this to be a lunatic procedure at the time, capable of seriously affecting mental balance. Therefore I commented: “The credential of M.D. can signify Mind Damage” (ibid).

The vindictively misleading commentary of Gerald Joe Moreno, on such matters, is surely proof of a lack of scruple and inattention to detail. His manic campaign against all critics, both of his guru and himself, is no proof whatever that complaints are wrong.

The attack blog of Moreno was entitled Kevin R. D. Shepherd’s Disappointing Personal Data, dated 25/12/2009, bearing his cult name of Equalizer at blogspot.com. This very substantially misleading item was duplicated at his blog geraldjoemoreno, though here showing the superficial title of Kevin R. D. Shepherd Left School At 15 But Thinks He’s A Scholar. I think of myself as a writer and citizen philosopher, as I have clearly stated. Further, a school-leaving age is no guide to subsequent long-term research on academic premises (Cambridge University Library in my case).

The intention of mockery failed in many directions. Some critical observers said that Gerald Joe Moreno here confirmed his role as a sectarian cyberstalker with an abusive and defamatory blog agenda.

The attack blog in his own name dates to the end of 2009. Moreno there declares himself to be a “professional artist” (accessed 08/02/2010). This assertive phrase has been considered objectionable, in view of his attempt to deny the validity of my library research that does not claim professional honours. Gerald Joe Moreno did not write any books, and had no academic or library research history.

The various slurs and libels, improvised by Moreno, had the underlying objective to offset attention from abuses strongly associated with his guru Sathya Sai Baba. For instance, Moreno reacted strongly to the BBC documentary entitled The Secret Swami (2004). This feature relayed the testimony of Alaya Rahm that he was sexually abused by the guru from the age of 16, in the Puttaparthi interview room. There was an element of coercion involved.

Sathya Sai told the American victim: “If you don’t do what I say, your life will be full of pain and suffering.” The guru even threatened to cut off his penis if the victim was unresponsive to oral sex. The devotee no longer looked happy when approaching the interview room. He is reported to have been abused in nearly every single interview. His devotee mother eventually had to face the facts of abuse, having previously told her son to trust completely in the predatory guru.

The father of Alaya Rahm had himself been a recipient of the “oiling ritual” at the age of 18, during the late 1970s. The pater accepted the assertion of Sathya Sai that this was a ritual healing process. Many male devotees had their genitals oiled by the promiscuous guru, a number of them finding that molestations ensued. One of these was Mark Roche, a Californian who first heard of Sathya Sai in 1969. The guru told him: “I am giving you a great chance.” Roche responded by putting his penis in the mouth of the insatiably demanding avatar. This devotee subsequently regretted his compliance, appearing many years later as an ex-devotee in the evocative BBC documentary The Secret Swami.