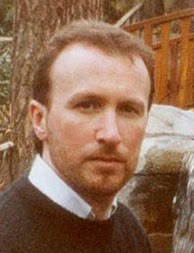 Stephen J. Castro
The cyberstalker tactic of Gerald Joe Moreno (Equalizer) encompassed Alex Jamieson, who contributed a Wikipedia article about myself in late 2009. The superficial Moreno commentary on Jamieson described him as a “Kevin Shepherd devotee,” which is impossible in this instance.
Jamieson was the pseudonym for Stephen J. Castro, a civil servant and science enthusiast who had argued with me years before, not accepting some of my views. I had not seen him for several years. He had since read works by and about the neuroscientist Roger Sperry (1913-1994). Castro now credited a convergence of that material with one of my books (Meaning in Anthropos), which he considered to be unusual. He  was accordingly well disposed to my output as a whole, which he had read.
Castro had little patience with the “new age and guru” scene, was not a follower of anyone, and had written a critical book on the Foundation Foundation, being an ex-member of that body. Moreno had wrongly interpreted this book as one of my own publications. The truth is that Castro himself published Hypocrisy and Dissent within the Findhorn Foundation (1996), in the face of suppression by the Foundation management and staff. He was applauded by ICSA (International Cultic Studies Association), the prestigious American project of academic relevance. See Cultic Studies Journal (1996) 13(2):212ff.
Moreno (Equalizer) was clearly antagonistic to Jamieson because he supported me on Wikipedia. The misinterpreter went to the extreme of calling Jamieson (Castro) an “internet hit man and internet terrorist.” This was a retaliation against my own use of those phrases in relation to Moreno (phrases credited by many readers as accurate).

Some informed readers were astounded to find Moreno asserting that I had called him an internet terrorist “simply because Moreno’s webpages are indexed on search engines.” This typical third person reference did not absolve the blogger from all responsibility. I had complained at the nature and content of his webpages and attack blogs, which gained a strong degree of salience on Google (Internet Terrorist).

In a similar vein, and on this same blog, Moreno (Equalizer) deceptively stated that I had attacked him “simply because Moreno [third person]  succeeded in getting a reference to Shepherd’s self-published material removed from the Sathya Sai Baba Wikipedia article.” What he had actually done in 2006 was to create a User page on Wikipedia/Google which effectively denied the legitimacy of my entire output. Moreno was here in acute reaction to reports by ex-devotees of Sathya Sai that were included at the end of one book. The Moreno phrase “simply because” is thoroughly unreliable.

The diverting phraseology occurred at the Moreno website under the apologist heading: Exposing Critic’s Smear Campaigns Against Bhagavan Sri Sathya Sai Baba. This was the well known credo of saisathyasai.com. In my case, much of the argument had little to do with the guru.
Moreno resented Jamieson because he had incorporated reference to Moreno blog excesses in his article about myself; a Wikipedia administrator deleted the Criticism section of that article. Moreno apparently complained to the Wikipedia administration. His blog avoids stating the content of the deleted section, which remains valid, especially in view of the fact that his agitating SSS108 User page of 2006 was later deleted from Wikipedia by Jimmy Wales.

Contrary to the Moreno insinuation, Jamieson (Castro) did not need my permission to insert the Criticism section in his article.  He himself felt strongly on this issue. I did grant him permission to use my photograph, which he requested, although he misunderstood about copyright. Jamieson correctly stated that he was new to Wikipedia, a fact which Moreno questioned on the basis of his computer skill, even confusing him with Jedermann (Dr. M. E. Dean). Castro had acquired IT certification.
Gerald Joe Moreno was now developing a strong habit of inverting accusations made against his overbearing and bludgeoning dismissals. For instance, he stated in the same Equalizer blog about Jamieson: “Moreno [third person] defended himself with factual information against Shepherd’s numerous misrepresentations, shabby research and outright prevarications.” This basically represented a hijacking of my own earlier complaint about Moreno, who had dismissed my published output and misrepresented my role.
The sectarian apologist was frequently noticed to copy words he found used by opponents, including myself. Moreno apparently copied the word rhetoric from me. He overworked this word in some of his blogs. In this way, the anti-Jamieson blog bore the assertion that “all writings associated with pseudo-philosopher Kevin R. D. Shepherd are rich in rhetoric, poor in research and propagandistic in nature.” The accuser  had never read my books. Nor does the condemnation match other assessments of my web articles.
The purport of this vehement accusation explicitly boiled down to myself being a supposed “fierce defender and promoter of Psychic Trance Medium Conny Larsson and LSD Advocate Robert Priddy.” In other words, the objectivity of cyberstalker language is strongly in question. My assessment of Priddy did not converge with that of Moreno. The sectarian libeller continually ignored the context I provided for my reference to Larsson.
Jamieson (Castro) discovered that Wikipedia was afflicted with cult supporters and passive parties who played along with them, the latter sometimes being deceived by the former. He changed to his real name,  composing a distinctive article about Paul Brunton and Meher Baba. However, he soon found that the Meher Baba article on Wikipedia was dominated by exclusivist devotees who disliked outsiders and due critical apparatus. In disgust, Castro exited from the discussion page of that article in 2012, after observing petty animosities and obstructive attitudes which rejected his own composition (later made available online in an independent manner).
Moreno stigmatised both Jamieson and myself as pseudo-philosophers. “They obviously have been sipping too much cuckoo juice.” The juice-sippers were accused of thinking they were “paragons of morality and wisdom.” Ex-devotees of Sathya Sai Baba (d.2011) had made a very similar criticism of Moreno. Jamieson (Castro) never identified himself with the word philosopher (he was too science-oriented). I had described myself as a “citizen philosopher,” but  not claimed wisdom or paragon status. The word philosophy currently means a form of analysis, not wisdom or morality.

The brunt of Moreno’s distaste was revealed in a quotation he delivered at the end of his blog, citing with approval Henry Louis Mencken (d.1956) as the author:

Philosophy consists very largely of one philosopher arguing that all others are jackasses. He usually proves it, and I should add that he also usually proves that he is one himself.

The dismissal of philosophy by Moreno (Equalizer) is quite pointed. The scenario is that of a sport for jackasses and bibbers of cuckoo juice. Mencken was an American journalist who admired the nihilistic European philosopher Friedrich Nietzsche. Mencken relativism was now championed by American Pro-Sai “guru defender” cyberstalking.
Kevin R. D. Shepherd
ENTRY no. 23
Copyright © 2014 Kevin R. D. Shepherd. All Rights Reserved. 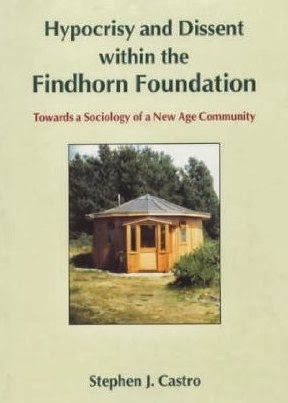