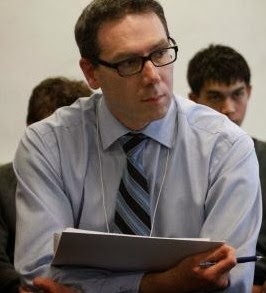 Simon Kidd
In becoming a target of Equalizer (Gerald Joe Moreno), I discovered that my family and supporters were also derided. The hate campaign was thorough and unrelenting, and reflected a cyberstalker tactic.
In December 2009, Moreno attacked Simon Kidd, an academic in Australia who defended me on Wikipedia against a hostile faction influenced by Moreno blogs and by the 2006 Wikipedia User page of SSS108 (Moreno). Kidd was incongruously mocked by Moreno in his role as a Senior Research Officer in Education Policy at the University of Western Australia. Moreno urged that Kidd could not be taken seriously for supporting me. The academic was even described as an “internet propagandist” in this zealous attack. The truth is that Moreno (alias Equalizer) was the major internet apologist and propagandist for Sathya Sai Baba (d. 2011).
Moreno/Equalizer contrived the ridiculous argument that Kidd was desperate to deceive others about my “credentials.” I have never claimed credentials, and Kidd made no such reference. Instead the academic showed ability and scruple in parrying the defamatory content of Moreno blogs.
Simon Kidd had earlier obliged the Holotropic Breathwork (HB) promoters on Wikipedia to acknowledge published criticism instead of suppressing this inconvenience. He had a valid role in such measures because of his early correspondence in relation to the HB issue. In 1994-5, Kidd had corresponded with medical authorities, including Regius Professor Anthony Busuttil of Edinburgh University. Busuttil was very concerned about commercial HB, and in 1993 had been commissioned by the Scottish Charities Office to provide a report on that disputed subject.
Moreno knew nothing about such medical matters, and ignorantly caricatured the subject of HB as though it were a crime to support my views in that direction. He even stated that “Simon Kidd was apparently involved with Kevin Shepherd’s campaigns against Stanislav Grof and Holotropic Breathing.” I did not conduct any campaigns, and have never met Simon Kidd. I mentioned the subject of Grof and HB in a few pages in a lengthy annotated book of 1995 (Minds and Sociocultures Vol. One, pp. 66ff., 945ff.). This notice was nothing like the internet campaigns of Gerald Joe Moreno. Nor the sequel chapter in my Pointed Observations (2005).
I had contributed a web article on Grof therapy and MAPS, and this was considered relevant information by some interested academics. MAPS was a controversial pro-psychedelic project of Grof supporter Rick Doblin. The subject of LSD “psychotherapy” is strongly related to HB, which is itself a potentially hazardous exercise in hyperventilation. Criticism of these trends is not so reprehensible outside the confinement of Pro-Sai cyberstalker polemic.
If credence is given to Moreno, then Edinburgh University and the Scottish Charities Office count for nothing in stemming the tide of commercial therapy represented by such enterprises as Grof Transpersonal Training Inc. Grof had invented HB, and charged high prices for HB workshops at the Findhorn Foundation and elsewhere.
These complexities were typically avoided by Moreno, who suggested that Simon Kidd was involved in “some sort of collaborated scheming on Wikipedia against Stanislav Grof, Holotropic Breathwork and the Findhorn Foundation.” In reality, Kidd merely appeared on a discussion page to dispute the suppressive HB publicity. Even one of the HB supporters remarked that the Wikipedia article on HB read like a therapy advert until Kidd made objections.
Observers again deduced that Gerald Joe Moreno (Equalizer) could not be taken seriously in his extremist arguments and defamations.
Kevin R. D. Shepherd
ENTRY no. 22
Copyright © 2014 Kevin R. D. Shepherd. All Rights Reserved.

Kevin RD Shepherd Not An Academic 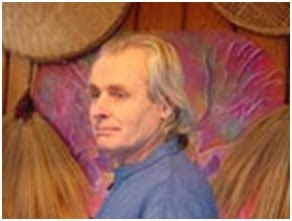 Craig Gibsone
Gerald Joe Moreno (Equalizer) was incensed when some ex-devotees (of Sathya Sai Baba) described me as a scholar. He went to elaborate lengths to snub this classification. His blog Kevin RD Shepherd is NOT an Academic appeared in 2009, and notably capitalised the negative word.
Since 1983, when I first emerged in print, I have made clear that I am not an academic, both to avoid confusion and to allay any grievances of specialist academics. The Equalizer treatment of this issue, in 2009, was memorable even by the vehemently distorting standards of Pro-Sai web campaign:

Kevin R. D. Shepherd is a sectarian bigot who obsessively, unremittingly and fanatically attacks and stalks everything and everyone affiliated with the Findhorn Foundation.

Equalizer (Moreno) here relinquished completely any credence to accurate reporting. It is well known that I am not a member of any sect. My criticisms of the Findhorn Foundation do not come under the sectarian category, as is obvious to diligent readers. Nor do I criticise “everything and everyone” affiliated with that organisation.
Informed readers concluded that the extremist Moreno assertion closely reflected his own ill-repute as an obsessive  stalker of “Anti-Sai” critics and ex-devotees of Sathya Sai Baba (d. 2011). Moreno was much more than a troll, gaining the repute of a cyberstalker who went to almost unbelievable lengths to blacken the reputation of his adversaries. For instance, he was reported to distort images of ex-devotees, and to harass victims by emailing their contacts with adverse portrayals. It became obvious that he targeted Google name lists with multiple entries visibly agitating against the victims. At one time there were seven hostile Moreno web entries listed in a row on my own Google listing, and with many others following in a more scattered density.
The peculiar spite of Equalizer (Moreno) was evidenced in his concluding remark at the NOT blog. “The only thing that trumps Kevin R. D. Shepherd’s non-academic role is his big ego.” Equalizer also had a non-academic role, referring to Moreno in the third person, and making many mistakes in his vituperation. The lack of context in his stigmas became a source of amazement, and not merely notoriety.
Equalizer urged that my “big ego” was proved by my pointing out the lack of academic credentials in others. The only instance he supplied was that of Craig Gibsone, an influential member of the Findhorn Foundation. No further information was given. The missing context is relevant here.
I had indeed criticised Craig Gibsone, and more than once, but not for a mere lack of academic credentials. The reason was because Gibsone had been disastrously influential in pioneering commercial Grof therapy (holotropic breathwork) in Britain. He could only be offset by the combined warning of Edinburgh University and the Scottish Charities Office in 1993. Even this setback did not prevent Gibsone’s further resort to dubious “workshop” practices of hyperventilation, connoting a medical risk. I had pointed out that Gibsone and his team did not possess medical credentials in their “new age therapy” pastime, a lack which meant a potentially substantial risk. See further my Letter to BBC Radio, dating to 2006.
Medical doctors considered my objection to be perfectly valid. But in cult lore, such reservations are caricatured in terms of “big ego.” To extend that argument in due proportion, the Equalizer category of “big ego” discrepantly covers many medical doctors, psychiatrists, and other professional parties of scruple. Ethical complaint at discrepancy is set at naught by cult lore, an endangering activity involving a blanket dismissal of criticism and a hate campaign against any objector.

Observers of this situation pointed out that the Moreno (Equalizer) slurs, aimed at diverse victims, comprised an attempt to distract attention from the allegations of abuse made against Sathya Sai Baba.
Kevin R. D. Shepherd
ENTRY no. 13
Copyright © 2013 Kevin R. D. Shepherd. All Rights Reserved.